The waiting game. It sucks. And that's exactly what I'm currently playing -- the waiting game. As of today, I've got seven days to wait to find out whether or not I'm pregnant with our third child. A month ago, two consecutive home pregnancy tests indicated positive. Later, three weeks-worth of blood tests showed elevated HCG and progesterone levels.

Last week, I went in to the doctor, had an ultrasound, and that is where I learned I was only measuring 5 weeks and 5 days instead of the 7 I thought I was. So, there was no fetal pole at the ultrasound, but the ultrasound technician and doctor both said that maybe it was too early to tell. Maybe I had miscalculated my dates. Lots of maybes...

So now I wait. To see if fetal pole has developed or if I have a blighted ovum, which is basically nature's cruel joke of feeling and being pregnant without really being pregnant.

I no longer feel pregnant. That is because any joy I had has been swallowed by feelings of what-ifs and what-nots. The other day I went to get a massage, and on the paperwork you fill out, you're asked whether you're pregnant. Once the massage therapist saw that I'd marked PREGNANT, he said he couldn't give me a massage since I was in my first trimester. I wanted to be like, "No, but I'm not really pregnant, you see, I just have an empty sac in my uterus, dude." But of course, I did not. I went to Wal-Mart instead because what other way to make yourself feel better about yourself than a trip to Wal-Mart?

I'm operating here on limited resources, people. My hormones are whacked out because either I'm pregnant or I'm not pregnant, and did I mention that they took away my fucking pills!?!? That's right; I have gone down from four anti-depressants to one, and that one has been cut in half. I'll be the first to admit that I was on quite a cocktail of mood stabilizers, so maybe it's a good thing that they've been reduced and replaced with folic acid, baby aspirin and progesterone.

To add to my emotions, Teddy turns three years old next week, which means he'll start school at the early childhood and special education center here in town. My nest will feel empty enough without having him home right by my side.

In the meantime, I will continue to pray to God that we see a heartbeat at the next ultrasound. I know I already have two healthy children and blah blah blah, but I want this one, too. And so, I continue to wait.

Update: We went to the doctor for the ultrasound, and the results were the same. I had a d&c several days later. I'm doing okay.

Here are a few photos from this spring... 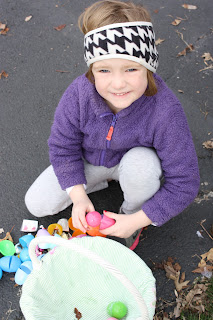 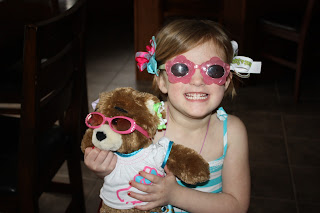 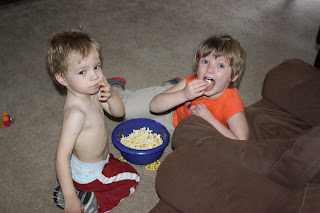 Sharing popcorn while watching a movie 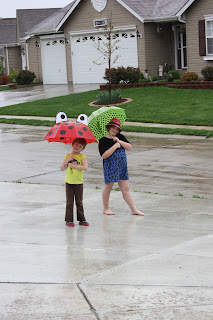 Dancing in the rain with Hannah, our neighbor﻿ 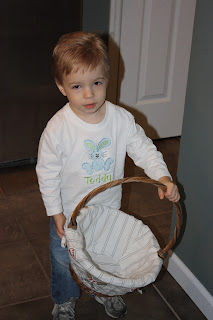 Ready to hunt eggs at the school egg hunt 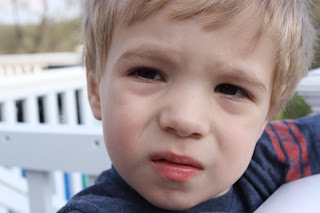 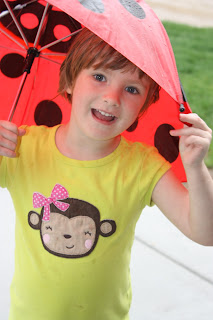 Playing in the rain

Greta cut her hair a couple weeks ago. All by herself. When I asked her why she did it, she said, "I'm sick of being a girl. I want to be a boy."

What's up, Internet?!? Lots new here, especially since the last time I blogged. I'm proud to announce that Teddy has been walking on his own for the past three months. He's still in physical therapy twice a week, and we're still doing our weekly gymnastics class as well. He is starting to offer more and more spontaneous speech, although it is still definitely delayed and limited. He started taking a three-hour class called "Chatterbox," and I think it's been helpful. In addition to the class, he has one-on-one speech therapy as well. Last fall, Teddy did hippotherapy (horse therapy), and just last week he started riding horses again.

As for Greta, well... Greta is a pistol. She frequently gets in trouble at pre-school, and she recently told us that she "likes to be naughty." We could read every parenting book out there and still feel like there wasn't one to match up to Greta and her antics. At this point, we're still on the fence whether she will go to kindergarten this coming year or the following. I won't begin to list on here the reasons why we might keep her back because it seems that everyone has a strong opinion about the matter, and I love love love it when people think they know what is best for MY child.

This is us in a nutshell. Soon I hope to post some photos of shining happy faces!

It's hard to believe our little guy is two. We spent the day at the zoo and then celebrated with family in the evening. It was a great day! Happy birthday, Theodor August! You make my heart sing! 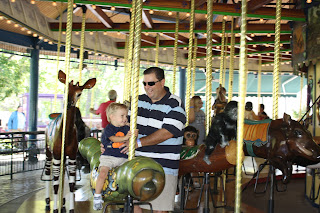 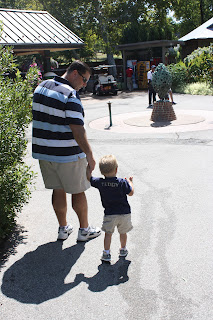 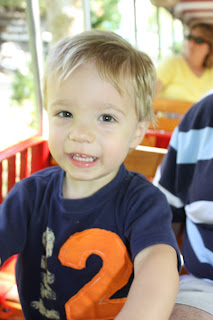 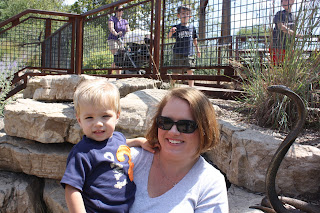 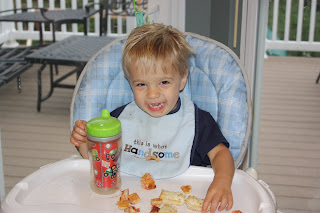 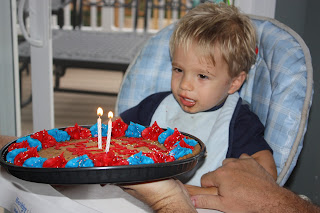 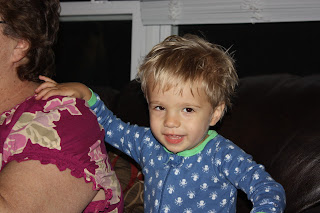 Here is the little miss on her first day of year two: 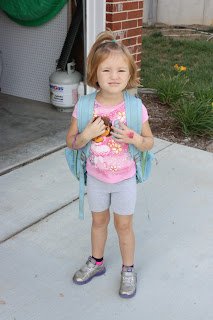 And here is Teddy, watching her at door as she gets in the car to leave: 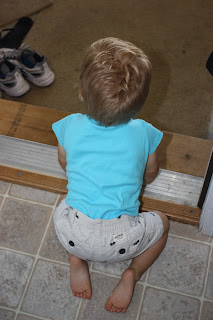 How We Celebrated Greta's 4th 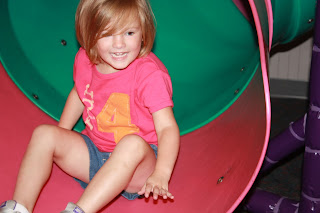 We played at Chuck E. Cheese's. 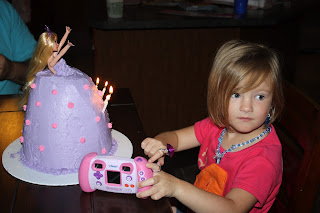 We had a Rapunzel birthday cake that mama made. 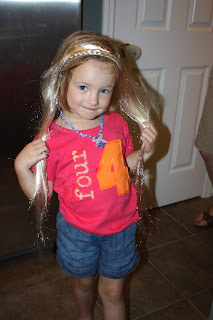 We tried on our gifts. 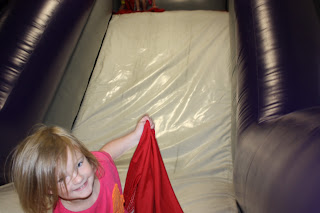 We bounced with our friends at Bounce U. 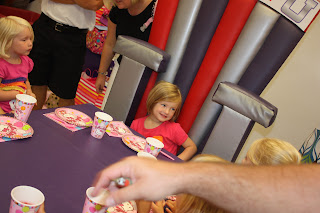 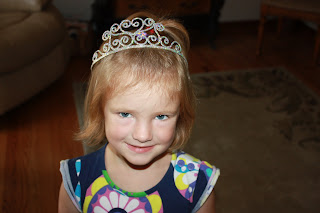 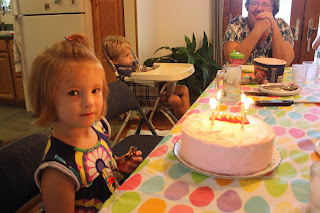 We blew out the candles on our pink cake made by Mimi but refused to eat it. 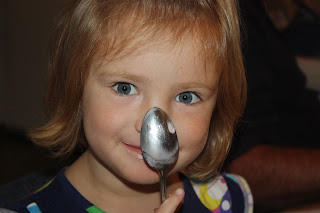 We were happy and silly.

Teddy receives occupational, physical, and speech therapies through our state's early intervention program as well as through providers through our own insurance. We do physical therapy twice a week, occupational therapy every other week and speech therapy twice a week. Here's Teddy playing in shaving cream with his occupational therapist and then here he is playing in the laundry basket with his physical therapist. 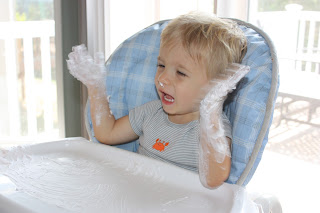 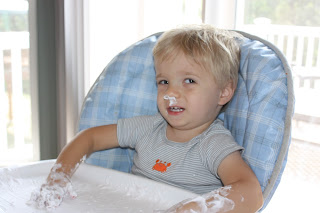 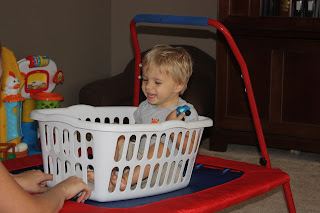